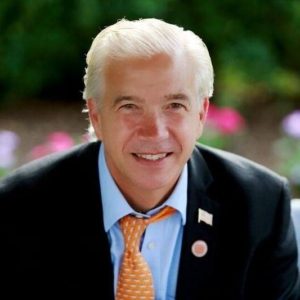 Mr. Corcoran was most recently the President and Chief Administrative Officer of the National Stock Exchange, Inc. (NSX) joining after consulting to the CBOE Stock Exchange on its acquisition of the NSX, until its sale in February 2015. He has been working in the financial/capital markets arena for more than 30 years. Mr. Corcoran has been active on the forefront of businesses that have significantly impacted the capital markets.

A Legislator from 2015 to 2018 and serving as Chairman for the Committee on Environment & Health, and Vice-Chairman for Infrastructure and a member of the Budget & Appropriations, Public Safety and Social Services and Labor, Parks, Planning & Housing and Energy & Regional Efficiencies Committees. Mr. Corcoran was one of the three legislators making up the Westchester County Airport Task Force, charged with overseeing the public/private partnership process. Prior to the County, he was a Town Councilman for the Town of Bedford for 13 years.

An active participant in both local and state government, he is one of the three outside Directors on the Board for the New York State Environmental Facilities Corporation (EFC). The EFC is one of the largest issuers of public debt ($20+ billion) in the county and provides low cost financing for local wastewater and drinking water infrastructure. EFC invests more than $1 billion each year in water quality improvements through the Clean Water State Revolving Fund and the Drinking Water State Revolving Fund, the largest and most active revolving loan funds in the nation, along with its award-winning Green Innovation Grant Program. At the EFC he is Chairman of the Finance Committee and a member of the Audit and Corporate Governance Committees. He has served four governors in this role.

As a member of the Management Advisory Board to the Inspector General of the Metropolitan Transportation Authority, Mr. Corcoran has served as the Acting Board Chairman since 2003 and has also served four governors in this role. The Office of the Inspector General is an independent oversight agency which reviews the operations of the MTA and its constituent agencies, comprising of 650,000 employees and operating in three states. He is a Board Member of the Metro-North Railroad Commuter Council and the Permanent Citizens Advisory Committee to the MTA.