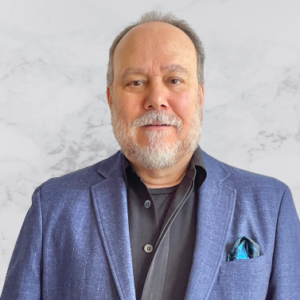 Rick Gibson’s 40-year career of building businesses includes being the Founder or Co-Founder of several successful technology companies. Mr. Gibson has also advised over 75 other companies and reviewed 1000+ companies and mentored hundreds.

Since 1999, Mr. Gibson has served as Managing Director of HOTventures, a “mentor capital fund” for the Southwest U.S., that invests in and advises fast growth companies, in domains from Ballistic Armor to Agriculture and including IT, Healthcare, Sustainability, and Media. He has been involved with several companies that have had liquidity events as either cofounder or investor and his portfolio has more foreseeable exits. Mr. Gibson has invested almost one hundred million dollars. Since 1996, he has been a key player in several “mento-driven accelerators” including Idealab, the world’s leading tech incubator in the 1990’s.

Mr. Gibson has been an investor, advisor or board member in dozens of innovation companies and a limited partner in Solstice Capital II, the largest venture capital fund in Arizona.

He was an early stakeholder in Bill Gross’s Idealab and founded one if its first companies, E-Ticket Inc., which merged with Nederlander Organization’s RealTime Syndication Network. As Vice-Chairman, he secured online licenses for and/or executive-produced: Fox’s America’s Most Wanted, Teen Magazine, and National Enquirer. He participated in strategic planning with the ten original Idealab CEOs. Idealab created several well known technology companies including Overture which was acquired by Yahoo for $1.6B. Mr. Gibson started GNP Development Corporation with Bill Gross, and in 1986 they sold it to Lotus Development Corporation for $10M. In 1991, they cofounded Knowledge Adventure Inc. which is 1996 they sold to Cendant for $100M. Knowledge Adventure became the largest children’s CD-ROM edutainment company in the world with almost $400M in annual revenues, owned by Universal Studies and known for ‘JumpStart’ (20M units sold) and ‘Blaster’ series.