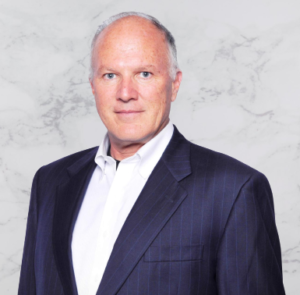 From 2002 to 2014, Mr. Cain was Founder and Managing Partner of two CleanTech venture capital firms (SAIL Ventures and EFW Partners) with over $200M in discretionary funds. Mr. Cain was the primary partner to source and govern the energy storage, renewable energy, motor, media, transportation, and energy efficiency investments.

Prior to his time in venture capital, Mr. Cain completed a successful acquisition and turnaround of failing Evans Systems (NASDAQ: EVSI), a Texas-based distressed oil and gas business. A spin-off of this was restoring mothballed fuel terminals on the gulf intracoastal from which he founded Starco Energy. Quintana Corporation purchased Starco in 2006.

Mr. Cain started his career as a technologist and at 22 years of age he founded Distribution Architects International, a supply chain and enterprise resources planning (ERP) software firm. The firm was acquired by Frontstep Corp (NASDAQ: FSTP) in 1999 with Mr. Cain becoming Executive Chairman of the acquisition corporation. Frontstep was then acquired by Mapics (NASDAQ:MAPX) in 2003, then Infor acquired Mapics in 2005 at which time Mr. Cain retired from his role as Chairman. During Mr. Cain’s tenure, the firm he stewarded grew to 4,500 customers in 70 countries with a staff of 1,200 and $172M in revenues. Over the years, he received many awards for innovative software breakthroughs and spoke globally as notable entrepreneur.

Mr. Cain holds patents in advanced ECM motor design and music tablature in commercial use today. As a young mathematician, Mr. Cain worked on the mathematics behind the theta-pinch toroidal plasma stabilization effort to control thermonuclear fusion for direct generation of electricity under the polymath James Tuck at Los Alamos Labs. While no solution was found, nor has been since, the experience seeded Mr. Cain’s lifetime passion for energy, water, and the global ecosystem.

Mr. Cain, a member of WPO/YPO, founded the YPO Global Supply Chain Conference, was chairman of the MIT President’s Education, and group led the HBS President’s Education. He has served as a board director on over 30 public and private businesses. In 2008, Mr. Cain authored Best Practices for Energy Venture Capital with Innovation: Funding New Frontiers in Energy Investing. Mr. Cain is an alumnus of ASU with undergraduate and graduate studies in Mathematics.